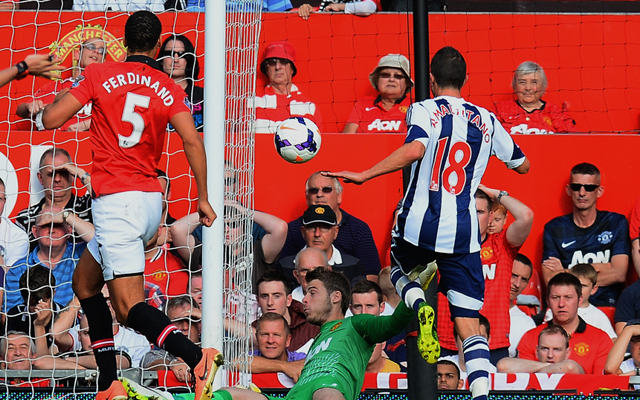 West Bromwich Albion manager Steve Clarke has called for patience from the fans if they hope to see the club sign on loan star Morgan Amalfitano on a permanent basis, ESPN reports.

The 29-year-old is spending the season on loan at the Hawthorns from French giants Marseille and Clarke is confident that his side remain in the driving seat to land the French international on a permanent basis at the end of the season.

However, he has stated that there is no rush to get the deal done, even though he has become a firm fan favourite since scoring in the club’s 2-1 victory over Manchester United at Old Trafford last month.

Clarke is aware of the clamour to activate the pre-agreed £2m fee agreed by the two clubs before the winger joined with the West Midlands outfit, with those connected to the club wanting it done sooner rather than later.

But after five years of monitoring the France international before bringing him to the club in the summer, Clarke is happy to remain patient about finalising any permanent deal.

“It’s something we’ll discuss but I don’t think there is an impending rush for it,” Clarke said.

“Morgan’s come in and done really well but he’s under contract for this season. There is a clause in the contract that we can exercise if it is right for all parties and everyone is agreed it is the right thing to do.

“But for now it is just about concentrating on us. I think we’re in the driving seat because he’s our player, he plays for us and we have him here. I think he’s happy and certainly his performances indicate that, but it’s a long season so we won’t get carried away too early.

“He’s here on loan and there’s an option in the contract to buy him, but I wouldn’t think the power would be with anyone but the player.”