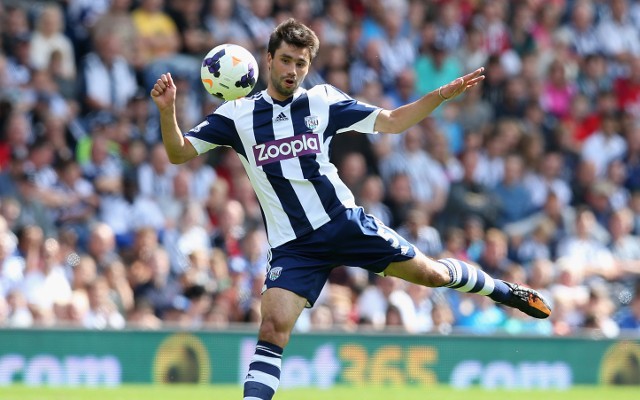 Toffees boss looks to add some bite to his Goodison Park midfield.

The Goodison Park manager may well feel his side could do with some added steel and there is no doubting that 26 year old Argentine has impressed since moving to the Baggies and may feel that a move to join the Toffees is a ‘step-up’ that would benefit his career progression.

Everton have started the season in solid fashion but Martinez may well look to continue to put his stamp on the squad he inherited from long term predecessor David Moyes and he may hope to lure Yacob to Merseyside.

Yacob moved to West Brom last July and has been a virtual ever present in Steve Clarke’s midfield ever since, scoring his first goal last weekend against Arsenal.

A move to Everton could well aid the tough tackler’s chances of a more prominent role in Alejandro Sabella’s national team set-up, which is all the more crucial given the World Cup finals in Brazil that are on the horizon.