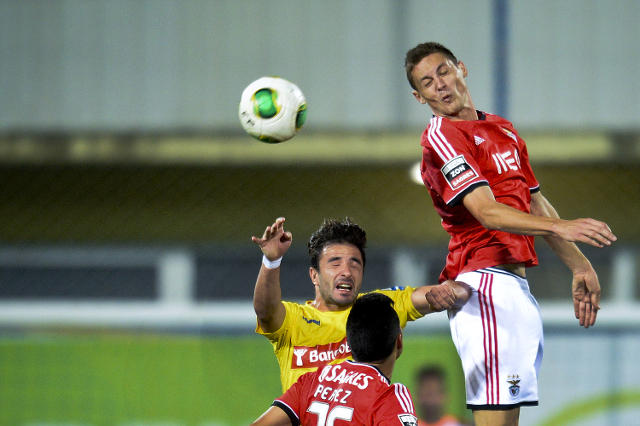 Liverpool are reportedly readying a bid for Benfica midfielder Nemanja Matic according to Portuguese source ABola.

The Anfield side are apparently looking to strengthen their midfield and are ready to offer £30m for the former Chelsea man, though this sum is fairly hefty it does still fall short of the Lisbon club’s valuation of the Serbian international.

The rangy central midfielder failed to make the grade at Stamford Bridge and left Chelsea after 18 months, and just two appearances, but has successfully revived his career at Benfica and has made 84 appearances for the Primeira Liga side since moving to the Estádio da Luz in January 2011 as part of a deal that saw Ramires move in the other direction.

Though Liverpool boss Brendan Rodgers spent upwards of £50m on new signings in the summer the Northern Irishman wisely covered a large portion of this outlay by selling players he didn’t need to the tune of £28m and following an excellent start to the campaign the Merseyside club’s American owners will be keen to further invest in order to successfully compete for a coveted Champions League spot.