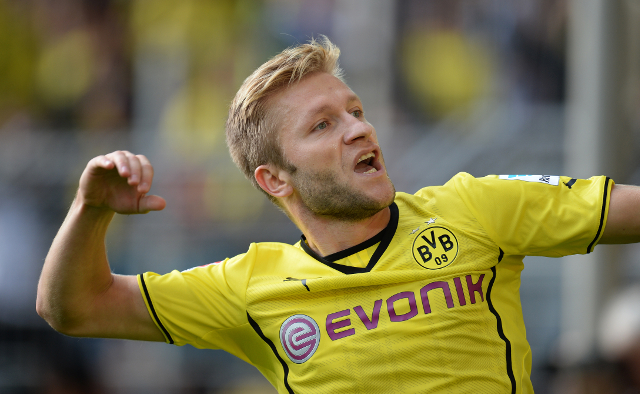 Liverpool boss Brendan Rodgers is scouting a trio of top talents as he seeks to strengthen his attack according to TuttoMercato.

Though the Anfield side have started the season brightly up until last weekend’s 3-1 win over Crystal Palace Liverpool only managed eight goals in six matches and Rodgers’ knows his side depends perhaps too greatly on Daniel Sturridge and Luis Suarez for end product.

With this in mind the Liverpool manager has set his sights on PSG pair Jeremy Menez and Javier Pastore, two goal-scoring wingers who would both cost a fairly hefty price should the Ligue 1 side even consider selling either talent.

Of the duo French international Menez is perhaps more attainable given that this term the former Roma man has started just one domestic league match this term.

Rodgers has also placed Borussia Dortmund star Jakub Blaszczykowski on his wish-list, though a successful move for the Polish international seems fairly unlikely.

“Kuba” is a crucial member of Jurgen Klopp’s first team set-up and given that the Westfalenstadion side are challenging for the Bundesliga title and competing in the Champions League there seems little reason as to why the former Wis?a Kraków man would consider a move to Liverpool.

Blaszczykowski has made 217 appearances for Borussia Dortmund and helped Klopp’s side to two Bundesliga titles as well as last season playing his part in guiding Die Borussen to the Champions League final last term.