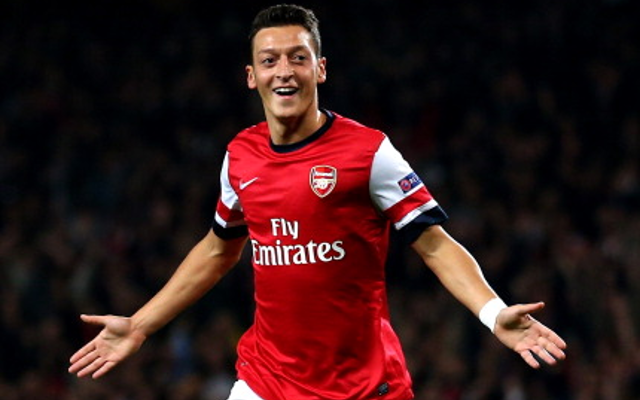 Manchester United failed in a late bid to sign Mesut Ozil from under the noses of Arsenal, according to an exclusive report in the Manchester Evening News.

The German international became a surprise £42.4m signing for the Gunners on transfer deadline day, in a move that smashed the club’s previous transfer record and moved away from their philosophy of signing young players on the cheap.

But it has now emerged that United were also hoping to land the 24-year-old from Real Madrid, as they looked to bring in a midfield playmaker for much of the summer, failing in bids for the likes of Cesc Fabregas and Thiago Alcantara as well.

However, United were too late in their attempts to sign Ozil, as the former Werder Bremen man had already decided on a switch to the Emirates Stadium from the Bernabeu.

United instead signed Marouane Fellaini for £27.5m from David Moyes’ old club Everton, but Ozil’s fine form for Arsenal has helped the club to the top of the Premier League table, six points ahead of reigning champions United, who have had a difficult start to the new campaign.

A source close to the club revealed: “United made a call. Kenny Moyes, David’s brother who is an agent, was trying desperately to get hold of  Ozil’s agent. I think that by the time they managed it it was too late.”