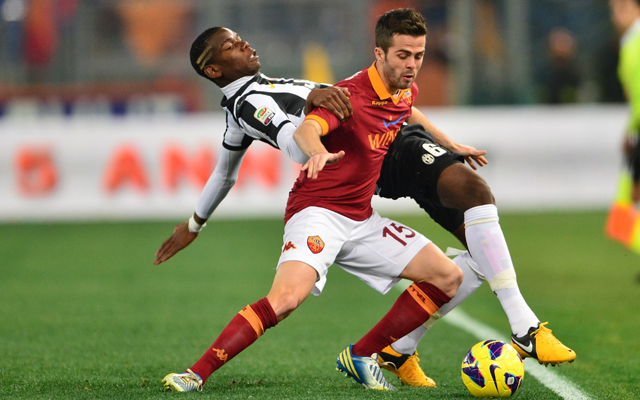 Spurs could miss out on Bosnian midfielder.

Tottenham may be dealt the blow of missing out on long-time target Miralem Pjanic as he opens new contract talks with current club Roma, according to talkSPORT.

The Bosnian international was one of several targets for Spurs during the summer transfer window as they splashed out over £100m on new players following the big-money sale of Gareth Bale to Real Madrid.

However, having already secured the signing of Erik Lamela from the Serie A side, Andre Villas-Boas failed to also land Pjanic, and the 23-year-old could now be set to extend his stay at the Stadio Olympico further.

A skillful playmaker, Pjanic’s fine form has been instrumental in Rudi Garcia’s side’s surprise start to the season, which has seen them win seven wins out of seven at the start of this year’s Serie A, and the club are understandably keen to keep hold of their star player.

Pjanic’s current deal ends in 2015, though he could be ready to pen a new contract that would commit him to the club until 2018, and end Spurs’ hopes of signing him on the cheap.

Barcelona have also been linked with the highly impressive attacking midfielder, and it will represent a major boost for Roma to keep him as part of this ever-improving side.