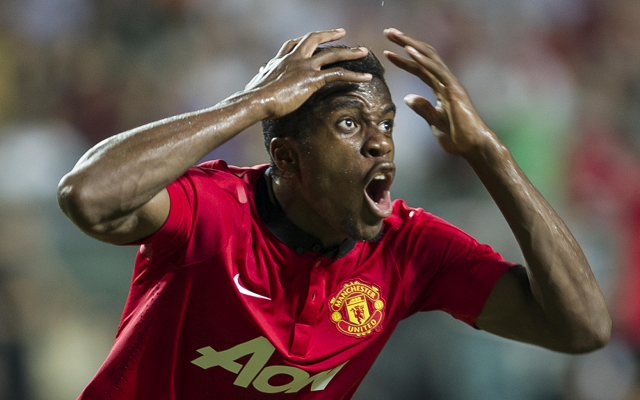 Trotters boss brought the Englishman through while in charge at Selhurst Park.

Championship outfit Bolton Wanderers are hopeful of being able to persuade Manchester United to loan them wide man Wilfried Zaha this season, according to reports in the Sunday Mirror.

The promising England international has only been with the Premier League champions now since the turn of the year, when Zaha moved to Old Trafford from Crystal Palace on a five-year deal for a fee of £15 million.

However, the then Red Devils head coach Sir Alex Ferguson decided to immediately loan the 20-year-old straight back to the Eagles for the second half of the previous campaign, meaning that Zaha had still to pull on a United shirt when the Premier League champions’ new manager David Moyes arrived in the north west last summer.

But under the Scot, Zaha has struggled badly to gain a regular starting berth in the United first team, with the winger having so far made just the solitary appearance for the Premier League giants, and even that was only in the season curtain raiser at Wembley Stadium in August when United beat Wigan Athletic in the FA Community Shield.

And now former Palace boss Dougie Freedman is hoping that his time spent mentoring Zaha at Selhurst Park will enable the now Bolton coach to capture his former star man on a month-long loan deal.

Real concern for Bolton Wanderers with £41.6m debt and threat of administration looming May 3 2019, 6:50
Bolton FC