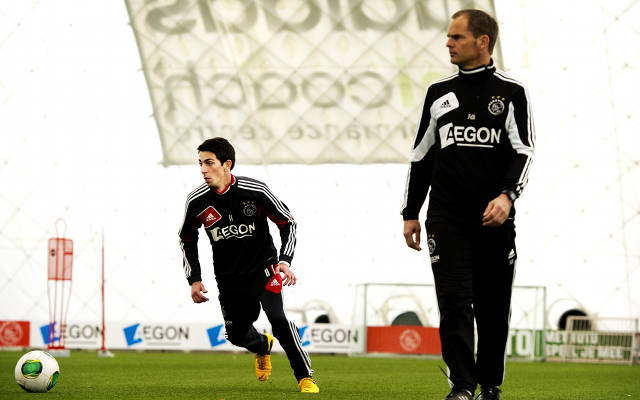 Premier League new boys Cardiff City will look to pull off something of a surprise move to capture Barcelona winger Isaac Cuenca in January according to CalcioMercato.

22 year old attacker Cuenca is currently recovering from knee surgery but knows that when he returns to full fitness he faces a tough challenge to make his mark in the Nou Camp first team.

The former Spanish Under 21 international was sent out on loan to Ajax to garner some much needed first team football in January but injury curtailed that stint and now Cuenca must consider his position at the Catalan giants.

With the likes of Pedro, Cristian Tello, Cesc Fabregas, Neymar and Alexis Sanchez all vying for places in the Barcelona attack alongside Lionel Messi it may well be an opportune time to consider a new challenge.

Following promotion to the Premier League boss Malky Mackay spent over £30m on new additions and has seen his side start the campaign relatively solidly but the addition of an undoubted talent like Cuenca would be a significant boost in the Welsh side’s push to retain their top tier status.