Chelsea boss Jose Mourinho has set his sights on a double White Hart Lane raid as he seeks to strengthen his Stamford Bridge squad.

Mourinho is said to be keen on England right-back Kyle Walker who he feels would be a better option than either Branislav Ivanovic and Cesar Azpilicueta. The Blues manager believes he can lure the 23 year old from North to West London with the promise of Champions League action as well as a genuine push to win major honours.

Walker may also feel that a high profile move to Chelsea would aid in his pursuit of a more prominent role in Roy Hodgson’s England national team set-up.

Kyle Walker moved to Tottenham from Sheffield United in July 2009 and after loan spells at QPR and Aston Villa the attack minded full-back has become a regular at the club and has racked up 108 appearances for Spurs. 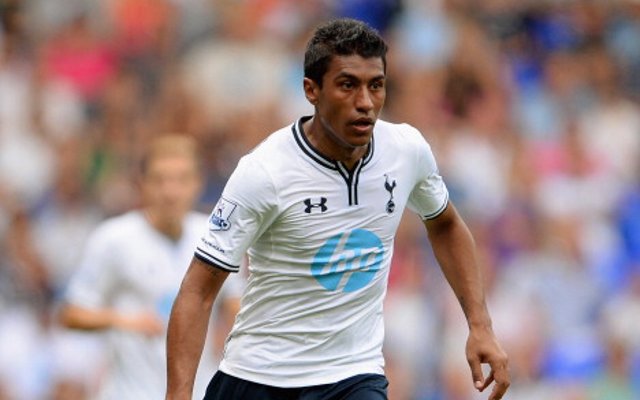 Jose Mourinho is also keen to bring in Brazilian midfielder Paulinho, despite the fact that the 25 year old only moved to Tottenham this summer.

The Chelsea manager is known to be a big admirer of the former Internacional and his interest in Paulinho will not please his former assistant Andre Villas-Boas who will be fearful of the Stamford Bridge outfit’s interest in the box to box performer.

Chelsea are ready to offer £40m for the pair though Tottenham chairman Daniel Levy will fight off interest in either player and is keen to hand Villas-Boas further funds to further improve his squad, having spent over £100m on new signings over the summer.