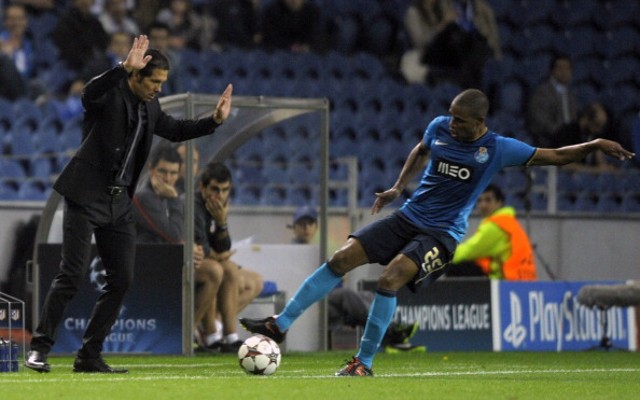 Man United are lining up a January bid for FC Porto midfielder Fernando according to the Daily Express.

The 26 year old Brazilian is into the final year of his current contract and is being linked with interest from Man City and Serie A sides Inter Milan & Juventus and David Moyes is keen to bring in the defensive midfielder in the January transfer window.

FC Porto may well look to cash in on the rangy battler rather than see him leave on a free transfer next summer and Man United are therefore looking to mount a ‘cut-price’ offer for his services.

Fernando is close to securing Portuguese citizenship which would then mean that he wouldn’t need a work permit to play in the Premier League, which could well have been a tough application to successfully attain given the FC Porto man is still yet to earn a full Brazilian national team cap.

Moyes may well feel his side could do with some added steel in the centre of the park given that Man United do not actually possess an out and out defensive midfielder in their squad.