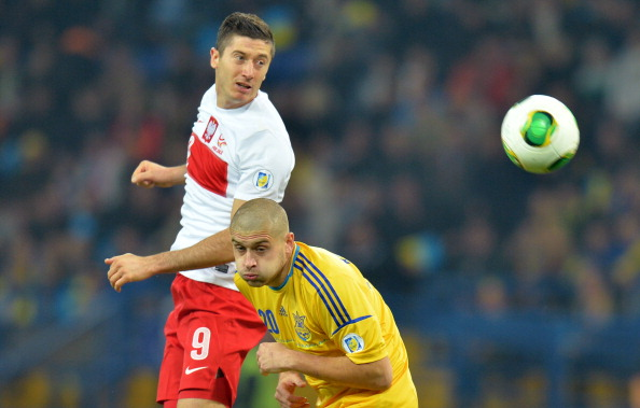 Poles hoping to cause upset on Tuesday night.

Check in to England vs Poland

Poland striker Robert Lewandowski has warned that his side will be keen to cause an upset against England at Wembley on Tuesday night, according to Sky Sports.

The 25-year-old believes that his side will be keen to end their qualification campaign on a high by beating England, even though they themselves no longer stand a chance of qualifying for next summer’s World Cup.

England need to win the final game of their group to guarantee their place in Brazil in 2014, while Poland’s hopes were ended as they lost 1-0 to Ukraine on Friday.

However, Lewandowski has warned that the Poles will not be pushovers when the two sides meet, despite having nothing to play for.

“We go to England now,” he said. “We know we have a lot of fans out there who will come to the game. We don’t stand a chance of going through, but we want to go to Wembley and at least allow our supporters a little fun. For sure we won’t be favourites.”

Lewandowski himself will no doubt be one of the most dangerous players on show against England, with the prolific striker earning a reputation as one of Europe’s best forwards in recent years with his fine performances for Borussia Dortmund.

The former Lech Poznan man also has 18 goals in 56 caps for his national side, and his form has seen him come onto the radar of several top sides, including Premier League giants Manchester United and Chelsea.