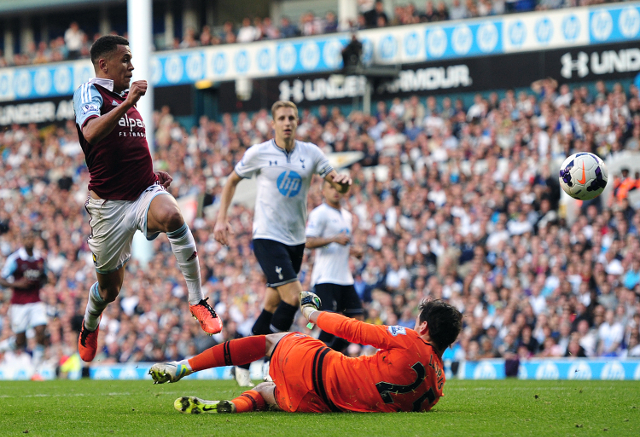 Hammers have a unique way of funding their attacking starlet.

West Ham United have to pay Manchester United £25,000 every time midfield player Ravel Morrison plays a match for the east London club, according to reports in the Sunday Telegraph.

The hugely talented England Under-21 international has enjoyed an eye-catching start to the new campaign for the Hammers, with Morrison having so far managed to find the back of the net on four occasions in total in his eight matches in all competitions, including two strikes in his six Premier League outings for the club.

And it is that kind of impressive goalscoring form from the 20-year-old that has led to West Ham preparing a new contract for Morrison to agree come the opening of the winter transfer window in the new year.

Morrison’s current deal at Upton Park now only runs until June 30 2015, with West Ham hoping the Englishman will extend that contract, which would also enable the club to renegotiate the £20 million release clause that was inserted into that original deal when the player moved to the capital from Manchester United in January 2012 for an undisclosed fee believed to be worth £650,000.

And it was during those talks that West Ham managed to agree a clause that allowed them to pay the Red Devils £25,000 for every contest Morrison features in for them, meaning that in this campaign to date, the club have already forked out £200,000 for the playmaker’s services.