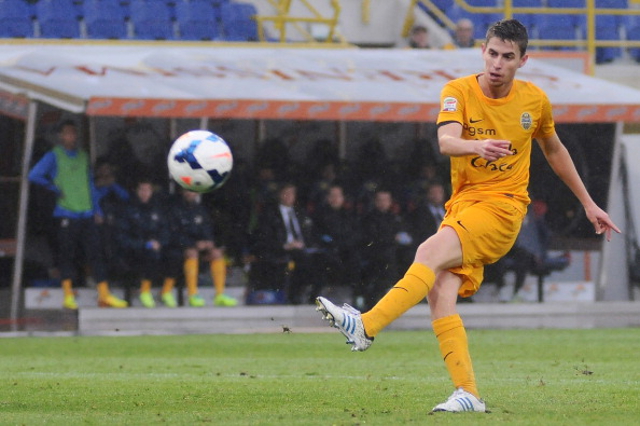 Emirates Stadium side keen on Serie A starlet.

Arsenal have joined a host of interested parties keeping a close eye on Verona youngster Jorginho according to talkSPORT.

The 21 year old midfielder has impressed since moving to Italy in 2010 and played a key role in securing promotion to the top tier last term.

Jorginho has since gone on to impress in Serie A, scoring three goals and providing an assist in his first seven starts. Arsenal are joined by Liverpool and Fiorentina who are also said to both be interested in the £10m rated youngster.

The pursuit of a player of undoubted potential who is as yet to make a big splash is of course par for the course when it comes to Arsene Wenger’s ‘playing’ of the transfer market and a move to the Premier League table topping side could well tempt Jorginho.

Though Brazilian born Jorginho has been capped at Italian Under 21 level.