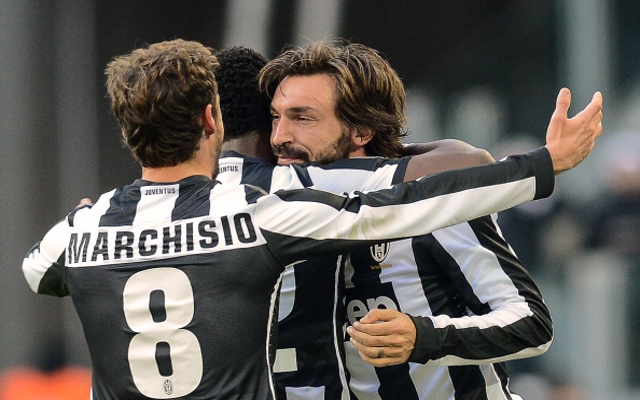 Inter Milan are the latest club to be linked with a move for Juventus star Andrea Pirlo as talks over a new contract continue to stall between himself and his club, according to Football Italia.

The legendary midfield playmaker has been one of the best players in the world for much of the last decade, and remains highly rated even in his old age, though his future at Juventus has grown uncertain of late.

This has seen the 34-year-old linked with a whole host of Premier League clubs, with Tottenham said to be particularly keen on snapping him up if he becomes available this January, though Inter Milan are now also reportedly in for him.

Pirlo started his career with Brescia, but had a spell with Inter between 1998 and 2001 which was largely unsuccessful as he was often used upfront, before later finding his feet in a deeper midfield role for their rivals AC Milan, for whom he spent the majority of his career.

The Italian veteran has over 100 caps for his country and would be a great short-term signing for whoever manages to tempt him away from Juve, and it would certainly be great to see one of the finest players of his generation spend time in the Premier League.

Man United and Liverpool transfer target and World Cup winner set for medical with Serie A giants May 26 2015, 21:36
Liverpool FC