Man United boss David Moyes will be handed a massive £100m transfer war-chest as he set his sights on signing a trio of world-class talents according to the Daily Star.

The Old Trafford side have started the season in sedate fashion, suffering three defeats in their opening seven Premier League fixtures, and as such it’s no surprise that the club’s board would be keen to finance moves to strengthen the Man United squad.

Chief among these targets appears to be Barcelona attacker Alexis Sanchez with a £22m bid being lined up for the Chilean international.

Interest in the wide attacker could perhaps be linked to the average form shown by wingers Luis Antonio Valencia, Ashley Young and Nani whilst youngster Wilfried Zaha is yet to get a look-in and is set to join Newcastle United on a loan deal. 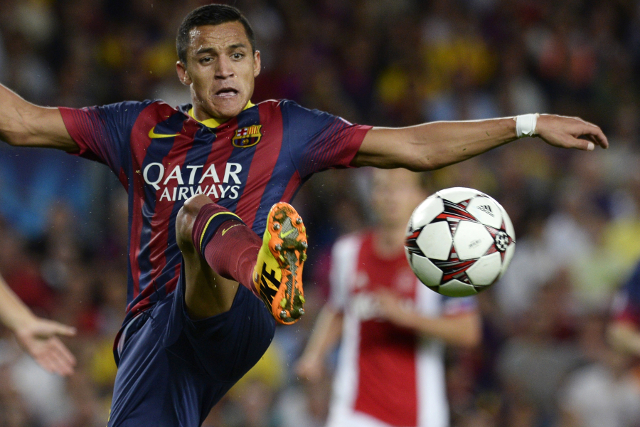 Sanchez has had an up and down time of it since completing a £30m move from Udinese in the summer of 2011 but despite the arrival of Neymar to the Nou Camp Alexis has impressed this term, scoring four goals from five La Liga starts this season.

One would imagine that Moyes would be looking to strengthen his defence after a less than glorious showing by his back-line thus far, the 4-1 mauling by local rivals Man City being particular painful.

With Rio Ferdinand clearly being in the latter stages of his career and Nemanja Vidic struggling with form and fitness there is certainly scope for a central defensive addition.

Man United’s lack of an out and out defensive midfielder could also be a ‘problem area’ that Moyes looks to address in the January transfer window and the level of need may well be dictated by how the club have fared by the time the transfer window re-opens.