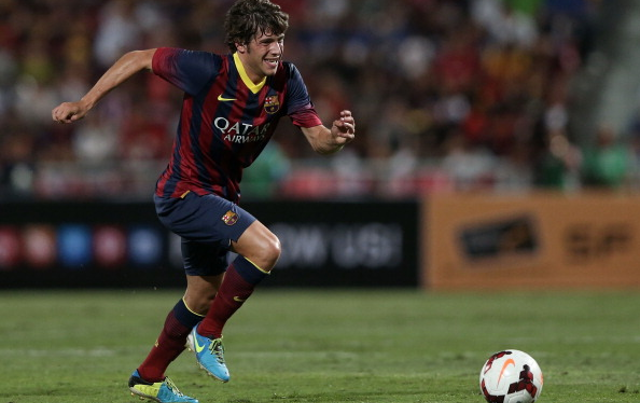 Man United are set to ‘ramp up’ their interest in young Barcelona midfielder Sergi Roberto according to the Daily Express.

Old Trafford boss David Moyes missed out on a host midfield targets over the summer, most notably seeing Thiago Alcantara opting for Bayern Munich over Man United and Cesc Fabregas sticking with Barcelona. Now the Scot has set his sights on a younger option.

Roberto has barely had a look in this term, managing just 17 minutes of La Liga action thus far this term, and though Barcelona boss Gerardo Martino has encouraged the Spanish Under 21 to be patient a move to Man United may tempt the midfielder.

Tottenham are also said to be keen on Roberto but the allure of a move to Man United, and perhaps a better chance of securing regular first team football than if he were to stay at Barcelona, may see Roberto edge towards a move to join the Premier League title holders.

Though Moyes did manage to land Marouane Fellaini on deadline day he is clearly still looking to put his stamp on the squad he inherited from Sir Alex Ferguson.

Roberto has made a total of 14 appearances for Barcelona.