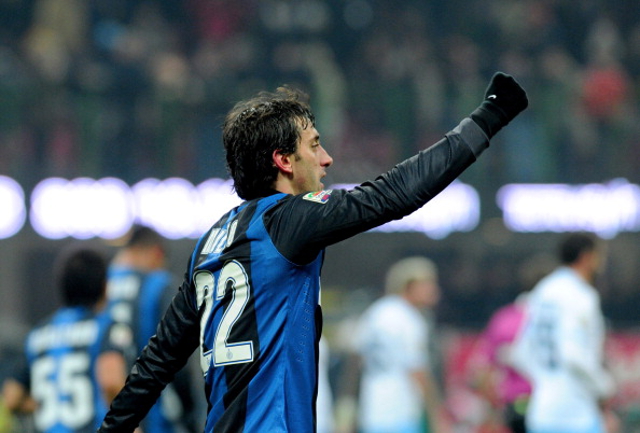 Barcelona will look to lure Argentine veteran Diego Milito to the Nou Camp as Gerardo Martino seeks to supplement his attack according to El Mundo Deportivo.

Martino saw David Villa leave Barcelona to join Atletico Madrid but also welcomed in Brazilian Neymar but apparently still sees the need to bring in further striking options and this source sees the La Liga giants as looking to re-create the successful impact made by Swedish striker Henrik Larsson, who moved to the club at the age of 32 and securing two La Liga titles and a Champions League triumph in his two years at the club.

Milito may well jump at the chance of a fresh challenge after four years at Inter Milan and the fact that the former Real Zaragoza man has a good level of La Liga experienced will also count in his favour.

The powerful forward has scored goals wherever he’s performed, notching up 235 club goals in total, and he could prove a very handy, and one imagines cost effective, signing to pursue in the January transfer window.