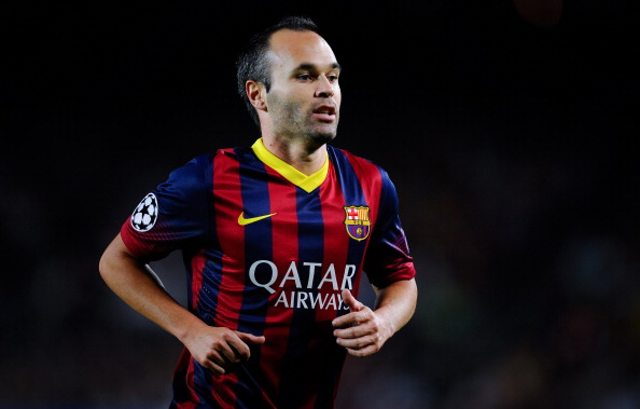 Man United are hoping to take advantage of ongoing contract talks between Barcelona and their star midfielder Andres Iniesta according to the Daily Express.

The 29 year old Spanish international has moved to quash rumours of a Nou Camp exit but as long as discussions over a new deal continue there will be a fair few sides looking to make the most of a tricky situation.

Iniesta is a one club man who has won everything there is to win in the game, the cultured midfielder has racked up 467 appearances for the Catalan giants and helping the club to six La Liga titles and three Champions League successes as well as notching up 90 Spanish national team caps, a World Cup triumph and two European Championship winners medals.

Man City are also said to be keen on luring Iniesta to the Premier League.