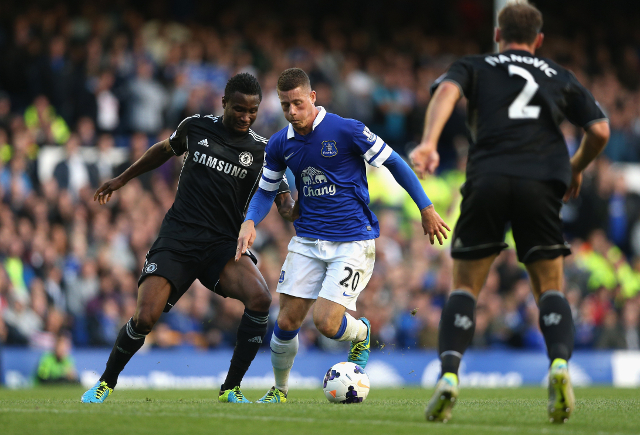 With Chelsea spoilt for choice in their attacking midfield options, De Bruyne’s departure could be a good opportunity for the Blues to move for a player who can operate a little further back, and Everton midfielder Ross Barkley is reportedly on Jose Mourinho’s radar ahead of this January’s transfer window.

The 19-year-old England international has enjoyed a terrific start to the season for the Toffees, and has quickly become hot property with Manchester United also interested in signing him for what could be a fee of around £20m. Compared with a young Michael Ballack, Barkley’s energy and all-round ability in the middle of the park could give Chelsea something different and essential to help them move forward.

Mourinho has previously hinted that Barkley is too expensive, but Chelsea would do well to step up their interest in a player who will no doubt be one of the best in the Premier League before long.