A look at three players who could leave and three who could join Man City this January.

Things have not exactly gone to plan for Manchester City so far this season, with some shock defeats already to Cardiff and Aston Villa. New manager Manuel Pellegrini spent big in the summer on some fine attacking players, but still may need to freshen things up in his squad when he next gets the opportunity in January. Some of the club’s squad players are not looking up to scratch, and could do with replacing with better quality. We highlight three who could leave and three who could join Manchester City in this potentially busy January transfer window. 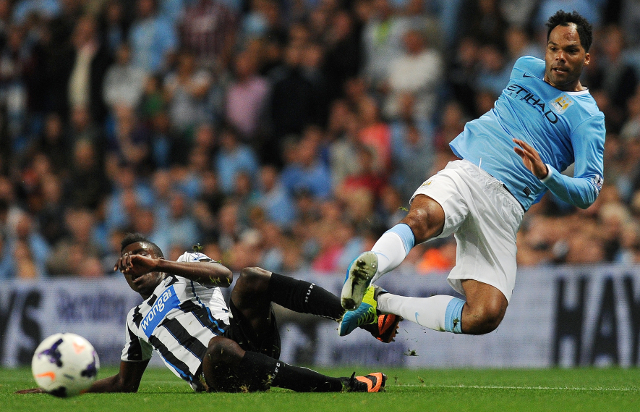 After falling down the pecking order at the club last season, it seemed possible that Joleon Lescott could depart Manchester City in the summer. So far he’s stuck around, but the club are yet to agree on a new contract for the 31-year-old, who is still hoping to be among the highest earners at the Etihad Stadium despite his status as a backup player.

Although Lescott was a key performer for City when he first joined the club, and played a key role in their title win of 2011/12, there are now several players ahead of him at centre-back, and manager Manuel Pellegrini could still look to strengthen that position when the transfer window re-opens in January, which surely signals the end to Lescott’s time at the club.

His old side Everton are said to be keen on him, as are Newcastle and Aston Villa, so he won’t be short of suitors if he does choose to leave.