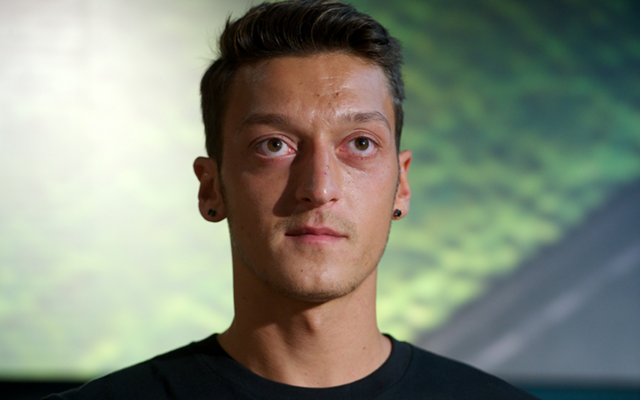 Attacking midfielder was on target for his country for the eighth time in qualifying against the Swedes.

Arsenal have been made to sweat over the fitness of key playmaker Mesut Ozil after the German limped out of his country’s final Fifa World Cup qualifier against Sweden with a knee injury, with the player now rated as extremely doubtful for the Gunners’ Premier League encounter with Norwich City this weekend, according to reports in the Daily Mail.

The highly rated Germany international was celebrating his 25th birthday against the Swedes in Solna on Tuesday night, with Ozil having marked the occasion in fitting style by sweeping home the visitors’ second goal just before the break to give Joachim Low’s side a deserved 2-1 lead.

However, with just ten minutes remaining of the match, the Gunners star took a blow to his knee and was forced from the field of play, before then going straight down the tunnel to receive treatment from the German medical staff, with Schalke 04 wide man Julian Draxler coming on to take his place as Low’s men went on to record an impressive 5-3 win that saw them win the group and take their place at next summer’s World Cup finals in Brazil.

But for Arsenal head coach Arsene Wenger, he now faces an anxious wait to discover the full extent of the knee injury sustained by Ozil ahead of the Premier League leaders’ trip to take on struggling Norwich at Carrow Road on Saturday.