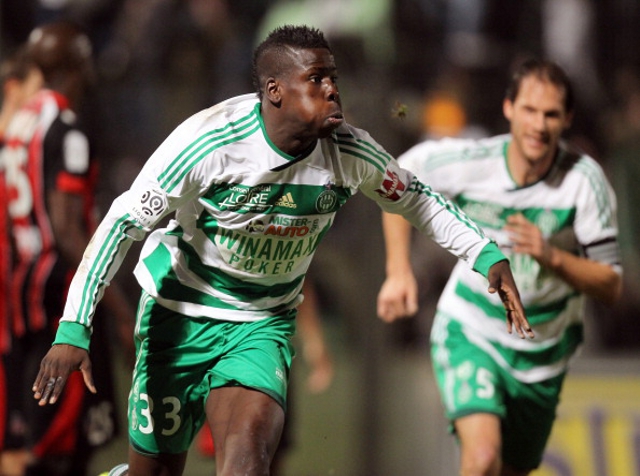 Check in to Sochaux vs AS Monaco

The likes of Atletico Madrid, Monaco, Inter Milan and Bayer Leverkusen have joined a long list of clubs chasing the signing of Saint-Etienne defender Kurt Zouma, according to talkSPORT.

The immensely talented 18-year-old centre-back is regarded as one of the best talents emerging in French football at the moment and could spark a frantic bidding war this January as several top clubs hope to win the race for his signature.

Premier League quartet Arsenal, Liverpool, Manchester City and Manchester United have all been linked with him in recent times and will continue to monitor his situation when the transfer window re-opens for business in the middle of the season.

Zouma first became a regular for Saint-Etienne when he was just 16 and is now a key player for the side. He is also an Under-21 international for France and won the Under-20 World Cup earlier this year.

The talented youngster has a contract with Saint-Etienne until 2017, but it has been suggested that he could move for around £8m in the coming months, which should make for an interesting month in January as he seemingly has the pick of Europe’s elite to pick from for his next club.