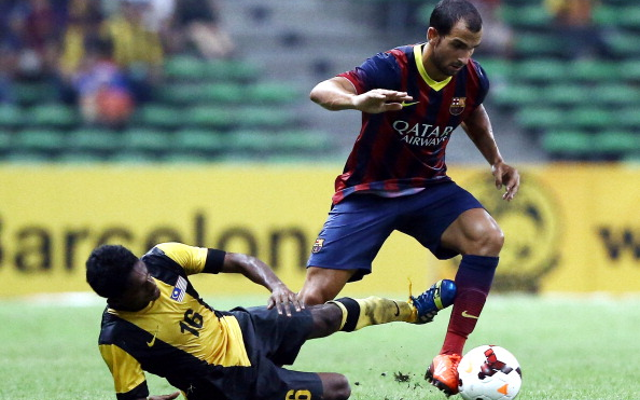 Blues are keen to bring the highly rated Barca right back to Stamford Bridge next year.

Premier League giants Chelsea are set to go head to head with some of European football’s biggest clubs, including the likes of both Inter Milan and Bayer Leverkusen, in the battle to win the signature of highly rated FC Barcelona defender Martin Montoya next summer, according to reports in the Sun.

The former Spain Under-23 international has been with the Catalans for his whole career to date, with Montoya having made his debut for Barca in April 2011 under previous head coach Pep Guardiola.

However, it is fair to say that in the intervening two-year period, Montoya has found it hard to win a regular starting berth in the Barcelona back four due to the continued presence of Brazil international Dani Alves in the right-back role at Camp Nou.

As a result, the 22-year-old has so far managed to feature in just the 37 matches in total in all competitions for Barcelona in the mean time, scoring two goals in the process, including one strike in his 25 Liga outings for the club.

But with the right back’s current contract in Catalonia now due to expire on June 30 2104, Montoya will be available to buy on a free transfer next summer, with the player’s agent,  Jose Maria Orobitg, saying: “”For the moment he is under contract with FC Barcelona until the end of the season.

“We have talked but there is no certainty that Martin Montoya would hold down a first-team spot, because right now Daniel Alves closes the door.”