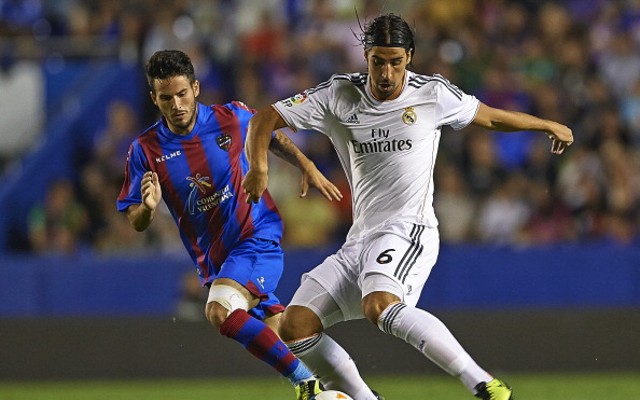 Chelsea are reportedly leading the chase to snap up Real Madrid midfielder Sami Khedira according to TuttoMercato.

The German international is apparently unsettled at the Bernabeu and a host of clubs are vying for his signature in January with former Real Madrid boss Jose Mourinho looking the most likely to bring in the tough tackling midfielder.

Man United are also keen on the 26 year old who has seen the arrival of Asier Illarramendi restrict his involvement in first team matters. That said Carlo Ancelotti has still selected the former Stuttgart man to start in six of the the club’s eight La Liga fixtures.

Mourinho may feel that Khedira is a preferable defensive midfield option to the likes of John Obi Mikel or Michael Essien and Real Madrid may be ready to sell the player in order to balance the books ahead of what may prove a busy January transfer window for the Spanish giants.

Ancelotti invested huge sums in his squad over the summer but Real Madrid still find themselves off the domestic title pace due to the 100% starts put in by Barcelona and Atletico Madrid.