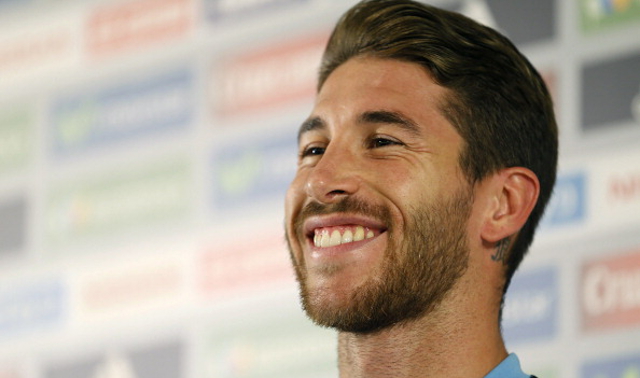 Chelsea have been linked with a big money move to sign adaptable Real Madrid defender Sergio Ramos according to Punto Pelota.

This source believes that the Stamford Bridge side, and Premier League rivals Man City, could be ready to make an offer of €50m (£42m) to sign the 27 year old Spanish international.

The experienced defender would be offered a mammoth €11m (£9m) a year contract to help lure the former Sevilla man from the Bernabeu.

Jose Mourinho didn’t enjoy the best of relationships with Ramos during his tenure as Real Madrid boss but will no doubt be acutely aware of the quality of the player and could therefore overlook any personal issues between himself and the Real Madrid defender.

Ramos can play at centre-back but it is perhaps his ability to perform at right-back that attracts the Blues boss. Thus far this season Mourinho has opted to use Branislav Ivanovic in that spot, a move that has seen Cesar Azpilicueta consigned to the bench.

Alternatively Mourinho may feel that Ramos is a superior option to the likes of Gary Cahill, David Luiz and John Terry.

Ramos has achieved a great deal in his career but still has plenty of years in the tank and may feel that after eight years at Real Madrid the time may be right to consider a move away from his native Spain.

The Andalusian born star has racked up 360 appearances for Real Madrid, helping the club to a trio of La Liga triumphs. Ramos also has 113 national team caps to his name and has played a pivotal role in helping La Roja to a World Cup and two European Championship successes.