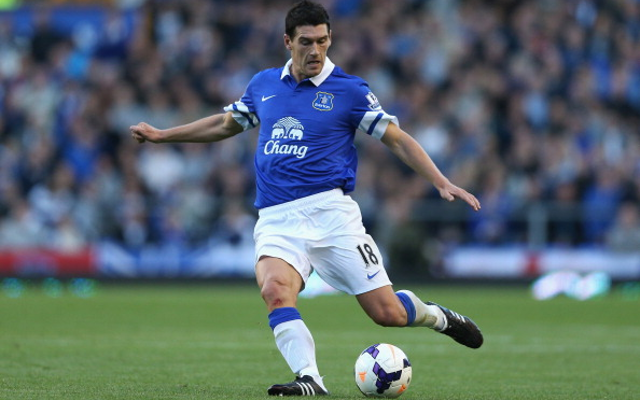 On loan midfielder pleased with life of Merseyside.

On loan Everton midfielder Gareth Barry has hinted that he would be open to extending his stay at Goodison Park beyond the end of the season, Sky Sports reports.

The 32-year-old signed on with the Toffees on a season long loan from Manchester City on transfer deadline day after falling behind in the pecking order at the Etihad.

And Barry has admitted that he has found it easier to settle into life with Everton than he did at City when he joined them from Aston Villa back in 2009.

“It’s only the second transfer in my career. Certainly at City it took me a lot longer to feel part of the team and part of the club but here it has felt that bit different,” Barry told the club’s official website.

“Everybody has welcomed me in and the manager has suited my style, so I think that played a big part in me fitting straight in. Obviously positive results help as well.

“It’s been a mixture of things but I’ve felt part of Everton straight away.”

Barry also took time out to thank the Everton fans for making him feel so welcome already.

“The job I do is an unspectacular one so maybe the Everton fans have the ability to look at the game a bit differently to fans at other clubs and appreciate what I do,” added Barry.

“But it’s great to hear that you’re being appreciated for the job you’re doing. I enjoy that sort of role.

“It doesn’t hit the headlines as much as your attacking midfielders or your strikers, but for me it’s about doing a job and if the team is successful I’m reaping the benefits of that.”