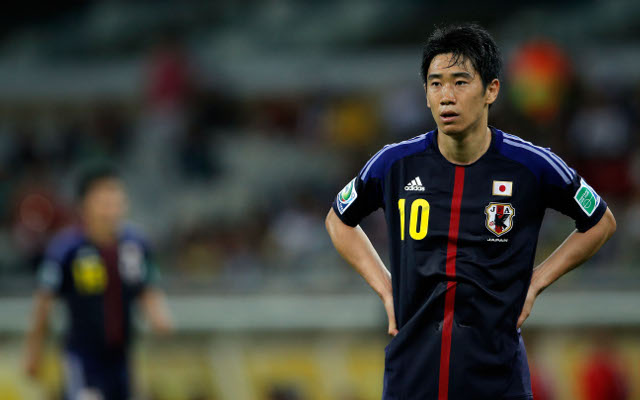 Japan star craving more playing time.Manchester United attacking midfielder Shinji Kagawa feels his form at international level is suffering due to a lack of regular first-team football for his club, according to Goal.com.

The 24-year-old has failed to establish himself at Old Trafford since moving to the Premier League last summer from Borussia Dortmund, and has been linked with a return to his former club as he continues to be left out of the side by manager David Moyes.

After being on the losing side twice for Japan during the international break in defeats to Serbia and Belarus, Kagawa admits he is not feeling at his best in terms of fitness and form due to a lack of regular action for Manchester United.

The skillful playmaker believes he needs to be playing more and his words are likely to lead to further speculation in the coming months that he will be looking to leave the Premier League champions to achieve this goal.

However, Kagawa simply insisted that it is his aim to break into the starting lineup more often at United to improve his performances for his country.

“Personally I felt strongly after these two matches that I need to play more [at my club],” he said.

“Maybe it’s because I’m not used to being on the pitch of late but I didn’t feel like I was able to enter these two games properly. During tough times like these I have to improve myself.”

Kagawa has made only four appearances for the Red Devils this season, and only one in the Premier League.