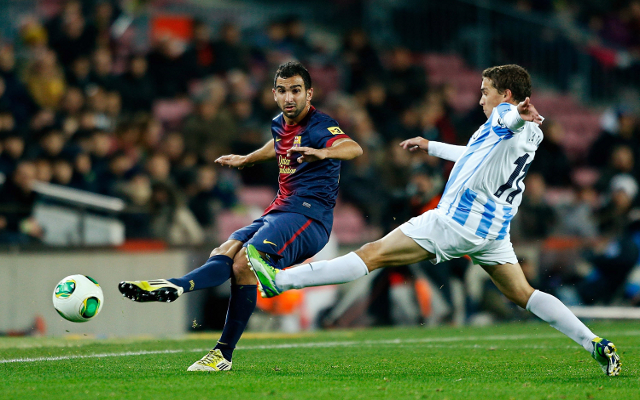 Check in to Bayern Munchen vs FSV Mainz 05

Bayern Munich are set to join the chase for Barcelona right-back and Liverpool target Martin Montoya this January, according to the Daily Mirror.

The Bavarian giants, managed by former Barcelona manager Pep Guardiola, could also be joined by Bundesliga rivals Bayer Leverkusen in the pursuit for the promising young defender, who is out of contract at the Nou Camp next summer.

Guardiola already raided his old club for Thiago Alcantara during the summer, signing the Spanish international midfielder to add to his vastly talented squad that he inherited from previous manager Juup Heynckes.

Montoya could be the next to switch the Nou Camp for the Allianz Arena, though there are several other clubs who have been linked with the 22-year-old in recent months, and it is thought that Liverpool could also step up their interest this January with a bid for the Spaniard.

The full-back has been at Barcelona for his entire career so far but is currently considering his future due to a failure to gain a regular first-team spot over the last few seasons, with Brazil international Dani Alves currently ahead of him in the pecking order.

Bayern may see Montoya as a good option for them due to Philipp Lahm being moved into midfield by Guardiola this season.