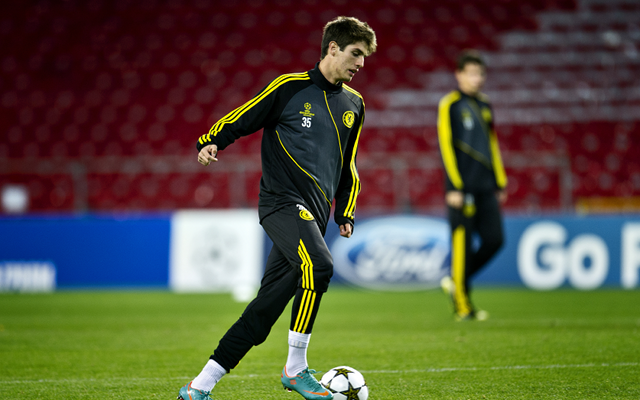 Check in to Heerenveen vs Vitesse Arnhem

Chelsea youngster Lucas Piazon says that he needs to make an impression on Blues head coach Jose Mourinho while out on loan at Eredivisie outfit Vitesse Arnhem if he wants to have any hope of having a career at Stamford Bridge, according to reports in the Daily Mail.

The highly-rated former Brazil Under-17 international has been in west London since the summer of 2011, signing for Chelsea from Brazilian giants Sao Paulo for an initial fee of £5m, although that could ultimately rise to as much as £10m depending on certain add-ons and how many games the forward plays for the club.

However, despite making three appearances in total in all competitions for the Blues in the previous campaign, one of which came in the Premier League, Mourinho opted to once again send the Brazilian out on loan for this season in order for the attacking midfield player to carry on gaining valuable playing time in Europe.

The 19-year-old spent the second half of the previous campaign on loan with La Liga outfit Malaga, playing 14 games in all for the Spaniards, and will now spent the entire 2013/14 season with Vitesse as he aims to impress the ‘Special One’.

“The most important thing for me was to find somewhere to play a lot of games,” said Piazon. “My first hope was to stay in England and get some experience in the Premier League but Chelsea spoke to me and I came out here to see the club.

“I liked the club and the city and the training ground. There are a lot of players from Chelsea and we have a good connection. We all want a future at Chelsea but it depends on us

“We are young and on loan and we have to do something special with our season to get back and stay at the club. We know if we don’t have a good season we will be back out on loan again.”