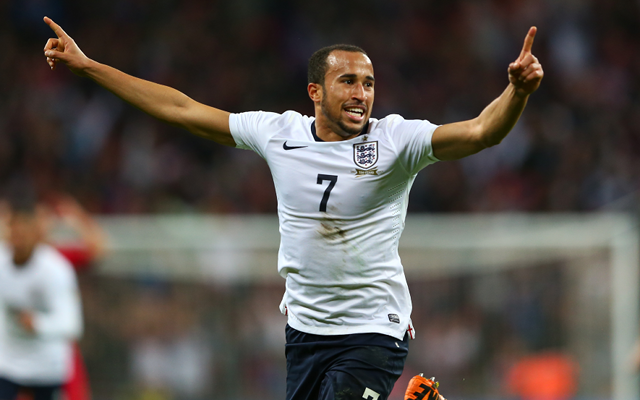 Tottenham Hotspur midfielder Andros Townsend has confirmed that he took no offence to the joke made by England manager Roy Hodgson at half time in their game against Poland on Friday, Sky Sports reports.

The exciting Spurs winger has been in fine form for club and country so far this season and has now unexpectedly become part of a strange race row after stories emerged in this morning’s newspapers.

Hodgson is reported to have told a joke during his halftime team talk that intimated full back Chris Smalling should pass the ball to Townsend as often as possible.

However, one unnamed player was alleged to have been upset by the jibe, which included the term ‘feed the monkey’ and dates back from when the American space agency NASA sent a monkey into space in one of their missions.

Townsend, whose father Troy works for the Kick It Out campaign, said on Twitter: “I don’t know what all this fuss is about. No offence was meant and none was taken! It’s not even news worthy!”

I don’t know what all this fuss is about. No offence was meant and none was taken! It’s not even news worthy!

Hodgson and the FA are upset that the news was leaked to the press as they are now having to fend off allegations of racism, which now threatens to spoil the good mood secured by England winning their place in next summer’s World Cup.

The Three Lions manager has moved quickly to apologise and insist that there are no bad feelings between himself and Townsend.

“I would like to apologise if any offence has been caused by what I said at half-time,” Hodgson said.

“There was absolutely no intention on my part to say anything inappropriate. I made this clear straight away to Andros in the dressing room.

“I also spoke to Andros again on Wednesday. He has assured me and The FA he did not take any offence, and understood the point I was making in the manner I intended.”