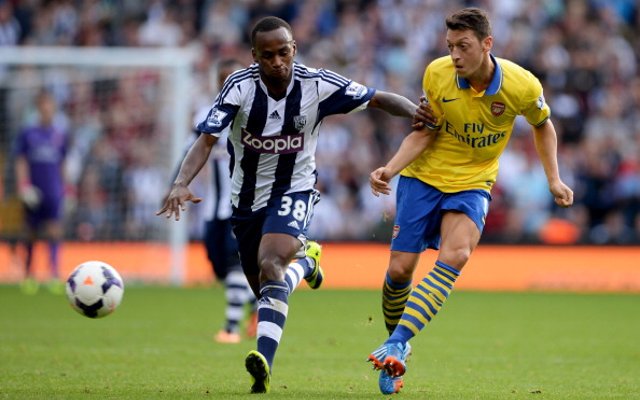 After a superb start to the season, West Brom youngster Saido Berahino is already attracting a great deal of attention as another player who could be the next big thing in English football. The 20-year-old forward has an impressive five goals in six appearances in all competitions so far this term, including a well-taken winner against Manchester United in the Baggies’ shock win at Old Trafford.

It has also emerged that the England Under-21 international only currently earns £850 a week, and several top clubs look ready to pounce for him as his contract comes to an end in the summer. West Brom are understandably keen to tie him down to a new deal, but with the likes of Arsenal, Chelsea and Everton sniffing around, the talented youngster may feel he is ready to move on and take on a bigger challenge at a top club to continue his development.

With pace, skill and great finishing ability, Berahino looks like the real deal and it’s no surprise to see interest in him growing so quickly after this great breakthrough season.