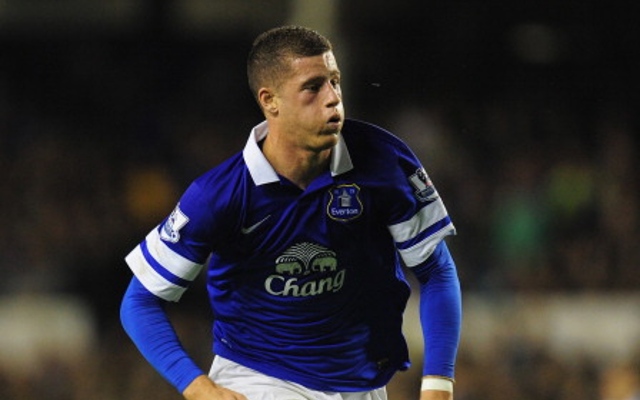 Everton midfielder Gareth Barry hopes that in-demand youngster Ross Barkley snubs the advances of Manchester United and Chelsea to continue his development at Goodison Park, according to the Daily Star.

The two Premier League giants have been linked with a move for the exciting 19-year-old this January after a terrific start to the season for Roberto Martinez’s side.

Barkley’s fine form in midfield has seen him earn a call-up to the England squad in recent months and the teenage sensation is now being hailed as the next big thing in English football.

His team-mate Barry, on loan at Everton this season from Manchester City, is also a fan of his, and believes it is important for him to keep his feet on the ground at this early stage in his career.

The veteran England international feels Barkley is worthy of the praise, but that it is important for him to simply continue to develop at Everton, which he feels is the ideal place for him to be playing his football at the moment.

“There are so many positives I can throw at him, for such a young player he is playing a very mature game,” Barry said.

“You don’t want to build him up too much. I think Everton is the perfect club to be learning his trade and the more he plays the more he learns and he will keep improving while keeping his feet on the ground, which will be ideal for him.”

Some rumours suggest that Barkley would already command a fee of around £20m if top clubs tried to buy him this January.