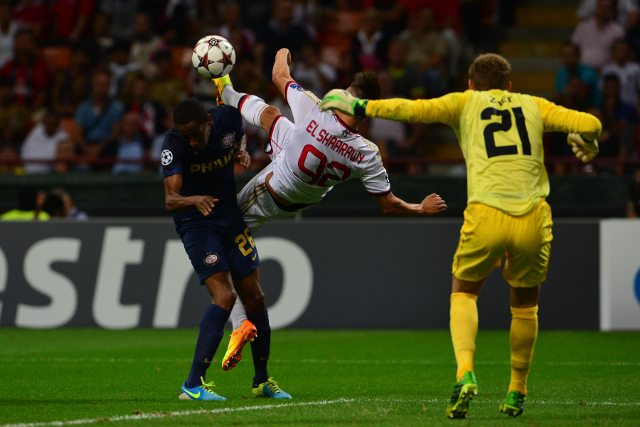 Highly-rated and in-demand AC Milan forward Stephan El Shaarawy insists he is not looking for a move and is fully committed to his current club, according to Inside Futbol.

The 20-year-old, rated as one of the best young talents in the world, has attracted a great deal of interest from several top sides in recent months, and is wanted by Premier League giants Tottenham and Manchester City.

The likes of Barcelona and Napoli have also been linked with a move for El Shaarawy, who impressed last season with 19 goals in all competitions, though there have been suggestions that he has fallen down the pecking order at the San Siro this season.

This has led to speculation that Milan may look to cash in on the Italian international, who would likely attract a flurry of big-money bids from several of Europe’s top club sides.

However, the player himself insists he is not looking to leave the club, and believes the management have faith in him to continue to develop and perform for the team.

“The club always believed in me,” he said. “I’m happy to stay at Milan and I will remain at Milan.”

El Shaarawy first joined Milan in 2011 after impressing at former club Genoa, where he became the fourth youngest player ever to appear in Serie A.