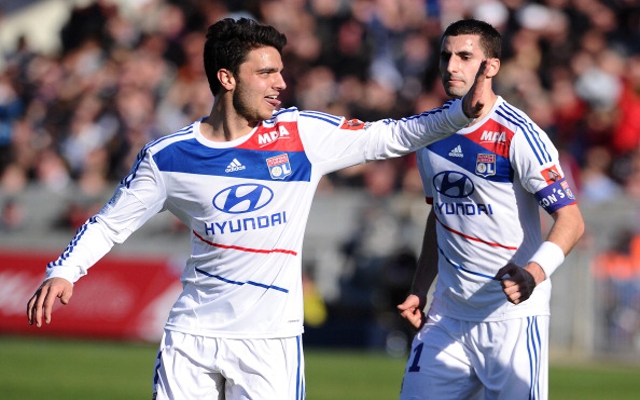 Check in to Olympique Lyon vs Bordeaux

Lyon president Jean-Michel Aulas has moved to rule out the sale of key duo and Arsenal targets Maxime Gonalons and Clement Grenier this January, according to Le Monde.

The French club are likely to oversee the departures of a few players during the January transfer window, with striker Bafetimbi Gomis continuing to attract interest from the likes of Newcastle, Swansea and Lazio, but insist that Gonalons and Grenier will not be made available.

Gonalons, a defensive midfielder, is one of several players in his position to emerge as a possible target for Arsenal, as they continue to seek reinforcements in that part of the pitch following last summer’s sale of Alex Song to Barcelona.

Lars Bender of Bayer Leverkusen is also understood to be a top target for the Gunners and Arsene Wenger may now have to move for him instead as Lyon stand firm on their captain.

Grenier, one of the most highly rated young attacking players in the world, has also come onto Arsenal’s radar, with Liverpool and Juventus also linked with him in recent times as he seems likely to make the step up to a bigger club in the near future.