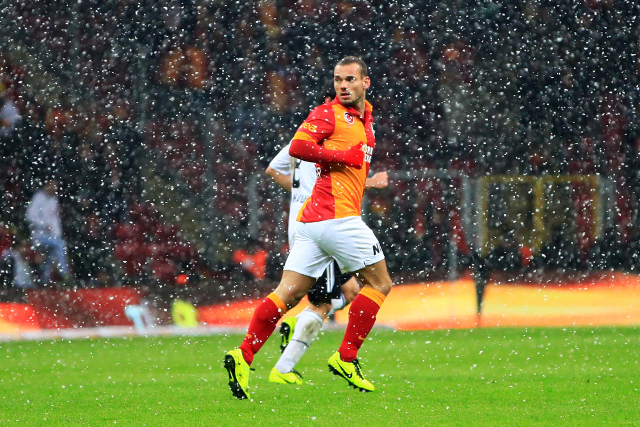 Netherlands manager Louis van Gaal believes Galatasaray midfielder Wesley Sneijder is a target for Chelsea and that the potential move to Stamford Bridge would be good for him, according to talkSPORT.

The 29-year-old Dutch international was linked with a move to Chelsea during the summer, though a move never materialised, and it now seems that he is on Jose Mourinho’s agenda once again.

Sneijder played under Mourinho previously at Inter Milan, and the pair enjoyed tremendous success as the skillful playmaker played a key role in Mourinho’s side winning the treble in the 2009/10 season.

Sneijder has since found his way to Turkey with Galatasaray, becoming one of two marquee signings for the club last January as they also signed former Chelsea striker Didier Drogba.

Still, his national team manager believes he should look to leave the Turkish giants for Chelsea if possible, as playing under Mourinho again would lift his displays to another level.

“In my opinion, if possible Sneijder should leave Galatasaray and join Chelsea.

“Playing under Mourinho again would improve his performances and help him regain his form for the national team.”

Sneijder started his career at Ajax and has often been regarded as one of the best midfielders in the world, though his form is seen as having dipped somewhat in recent seasons.