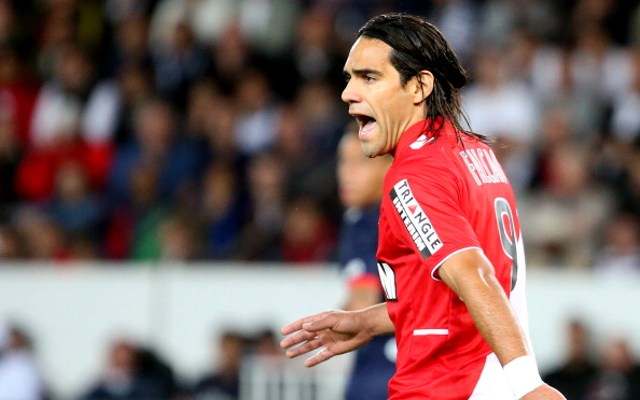 Striker not concerned with talk of a Spanish return.

Check in to Sochaux vs AS Monaco

Monaco striker Radamel Falcao has insisted he is happy to continue playing in France as fresh rumours have surfaced linking him with a return to Spain and Real Madrid, Sky Sports reports.

The Colombian international made the switch from Atletico Madrid to Monaco in the summer for a fee of around £51m, claiming that their ambitious project was the driving factor behind his decision to join them over other interested parties.

However, it had been suggested that there was an agreement in place that would lead him back to Spain, making the move a stepping stone en route to the Santiago Bernabeu. With former club Atletico Madrid reluctant to do business with inter-city rivals Real, Falcao was forced to look elsewhere when interest in his signature mounted.

Real are still believed to be interested, though, with president Florentino Perez claiming: “Falcao is a great player and I am aware he wants to play for Madrid.”

But the prolific front-man has refused to be drawn into the speculation surrounding his future and told reporters whilst away on international duty with Colombia this week: “I can only thank Florentino Perez for what he’s said, but I must respect my current club Monaco, where I am feeling very well.

“I am very happy at Monaco. This is not the time to talk about Real Madrid’s potential interest in me out of respect for my current club.”

His club teammate Jeremy Toulalan also believes that he will not be going anywhere.

“In football you can never say never, you never know what is going to happen, but Falcao has been outstanding for Monaco so far.

“With what he has shown so far, unlike some forwards, you can see he is working hard for the collective cause. I don’t think he wants to leave.”