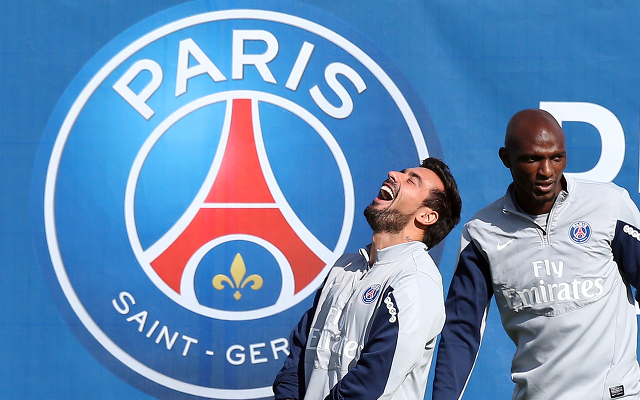 Winger is desperate to get regular first-team football ahead of next summer’s World Cup.

Check in to PSG vs Bastia

Tottenham Hotspur are planning on making a move for unsettled Paris Saint-Germain wide man Ezequiel Lavezzi as soon as the winter transfer window finally opens again for business for the year in January, according to reports in the Metro.

The highly rated Argentina international has only been with the Ligue 1 champions for just over a year now, with Lavezzi first arriving at the Parc des Princes from Serie A giants Napoli in July 2012 on a four-year deal for a whopping fee of £25m.

And in his debut campaign in the French capital, the 28-year-old was one of the big-spending French club’s most impressive performers, managing to record 11 goals and 8 assists in total in his 42 matches in all competitions for his new team, including three strikes and seven assists in his 28 league outings.

However, following the arrival of new PSG head coach Laurent Blanc to take over from the recently departed Carlo Ancelotti, the forward has struggled for form, with Lavezzi having found the back of the net on just one occasion all season long.

And it is understood that Spurs hope to take advantage of his situation by luring the Argentinian to White Hart Lane on loan in the new year.