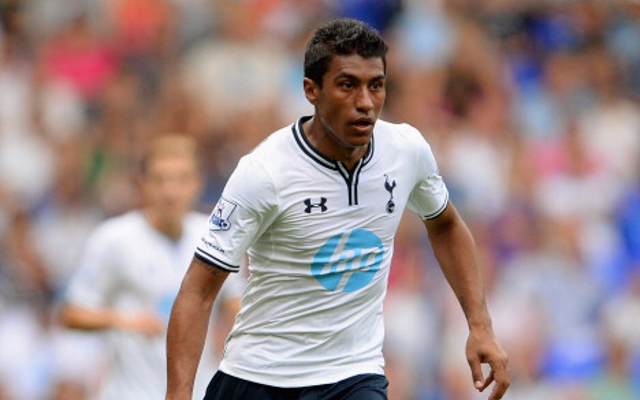 Los Blancos are said to be keen on bringing the Selecao player to the Spanish capital in January.

Tottenham Hotspur are hoping to be able to extend Brazil star Paulinho’s current contract at White Hart Lane in order to ward off interest in the player from Spanish giants Real Madrid, according to reports in the Daily Star.

The highly rated 25-year-old only moved to White Hart Lane last summer, with Paulinho arriving in north London from Brazilian outfit Corinthians in July on a four-year deal for a then club-record transfer fee of £17m.

However, after the eye-catching start to his career at Tottenham that Paulinho has made, the box-to-box midfield player has now started to attract the attentions of los Blancos, who, according to some reports, are keen to bring him to the Santiago Bernabeu as soon as the winter window.

And as a result, it is understood that the Spurs hierarchy are now determined to ensure that Paulinho remains in the capital, and so to do this the club are preparing a one-year extension on the Brazil international’s current deal, that runs until June 30 2017.

However, Tottenham also plan on raising Paulinho’s yearly salary as well, which at present stands at £3.6m per annum, in order to ensure their star man is still at the Lane come next season.