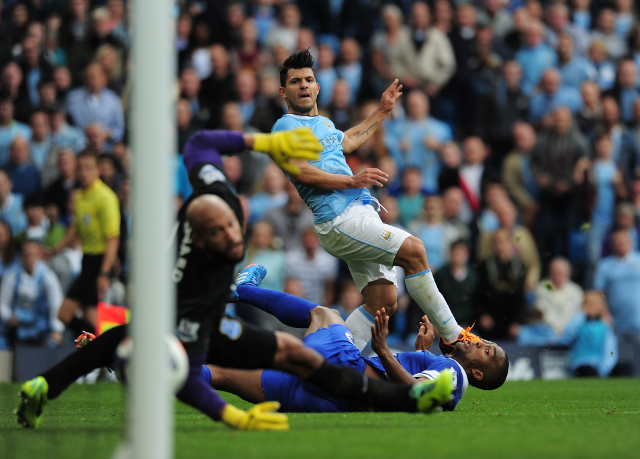 Argentine Gerardo Martino is keen to lure his fellow countryman to the Nou Camp to help lead the Barcelona attack and Aguero may well be tempted by the chance to join the Catalan giants.

The 25 year old only signed a new long term contract in May and is a player boss Manuel Pellegrini will be looking to keep hold of despite the plethora of attacking additions the Etihad Stadium boss made over the summer with the likes of Alvaro Negredo and Stevan Jovetic boosting the Man City attack.

Aguero has racked up an impressive 52 goals in 96 appearances since his £38m move from Atletico Madrid to Man City in July 2011 and the lethal finisher’s excellent form in La Liga prior to his Premier League move is no doubt a prime reason why Barcelona want the former River Plate man.

During his five seasons at the Vicente Calderon Aguero scored 101 goals and may be seen by Martino as a preferable option to Alexis Sanchez to act as a foil for fellow Argentine Lionel Messi.