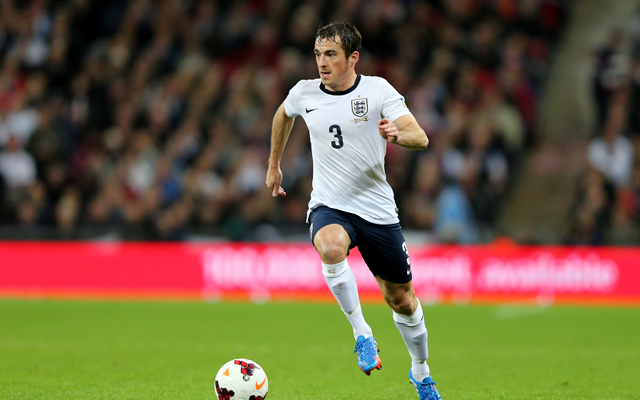 Toffees left back is now one of the best players in the world, claims his Spanish boss.

Everton head coach Roberto Martinez says that even if coveted defender Leighton Baines does agree to put pen to paper on a new long-term contract at Goodison Park, that does mean that speculation about the player’s future on Merseyside will then stop, according to reports in the Daily Mirror.

The highly rated England international has just returned to his club after two more eye-catching displays for his country in their recent Fifa World Cup qualifying double header, when the 28-year-old was standing in for first-choice left-back Ashley Cole against both Montenegro and Poland at Wembley Stadium.

And those two outstanding performances have only served to once again increase the speculation surrounding Baines’s future with the Toffees after a summer transfer window in which Premier League champions Manchester United submitted three official bids for the attacking full back, all of which were rejected out of hand by the Merseyside giants.

However, Everton’s new manager claims that even if the Englishman does extend his current deal, which is set to run out on June 30 2015, that will still not prevent the Red Devils from trying to lure Baines to Old Trafford when the winter transfer window reopens in January.

“I don’t think it’s less likely there will be speculation if he signs a contract, He’s an icon for us. He’s not just a top left-back, he’s an Evertonian and it’s what he represents to us,” said the Spaniard.

“Signing a contract or not wouldn’t stop the speculation. You’re never going to stop the rumours and talk that comes with a player performing so, so well at such a high level.

“Seriously, I’m not concerned about that because you can never stop it. Cavani signed a new one and then he got sold a few months later. Throughout the world of football, players have become big assets. That’s never going to change.

“The important thing for us, is that Leighton is enjoying his football and consistent with his performances. I want him to be proud of being an Everton footballer and playing here – that is the most important thing we can do this season.

“You can look throughout world football and won’t find many players as complete as Leighton.

“He covers everything. He can take free kicks, all the dead ball qualities he has and gets into the final third with an incredible threat. And defensively he’s as good a left-back as you’re ever going to get.

“We don’t need the money – you cannot replace a player like Leighton Baines.

“Everything comes down to him being able to enjoy his football, but it could be that by next summer the contract becomes an issue because you don’t want assets to be devalued.

“I’m conscious we will never get away from that debate and that speculation but I we would want to protect such a huge asset.

“Yes, they could play in the same team. Good players can fit in anywhere. Leighton can play in any position, he can do what Philip Lahm is doing for Bayern Munich, in front of the back four. But his best position is left back.

“You don’t get many players in world football who can be outstanding in so many jobs on the pitch and it would be a real shame to lose that.

“Of course, it becomes biased, but I would always want Leighton to play – that’s normal. But when you see the football Leighton played in the last two England games, that’s a real football statement.”