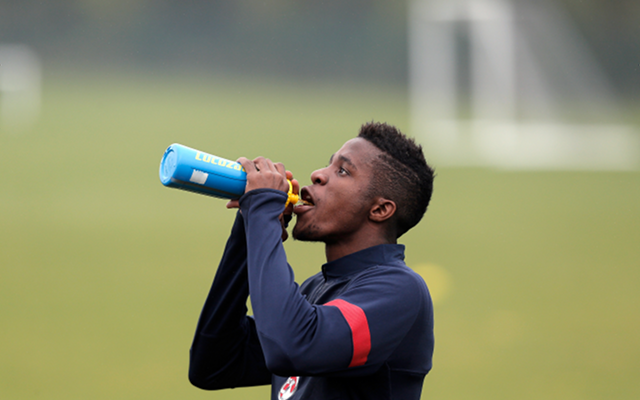 Serie A side keen on Old Trafford wide-man.

Juventus have been linked with a surprise move to loan Man United winger Wilfried Zaha with the Daily Star claiming that Antonio Conte will look to the England man to boost his squad.

The former Crystal Palace man has struggled to make an impact since moving to Old Trafford over the summer, failing to play a single minute of Premier League football thus far this season.

The 20 year old England international has been linked with a move away from Man United in order to gain some much needed top flight experience, with Newcastle United, Stoke, Southampton and Fulham all apparently taking an interest, however a move to join Serie A title holders Juventus seems more than just a little surprising.

Man United saw the Turin based side snap up young talent Paul Pogba last summer and may well not have the best of relationships with the Italian side as a result though could perhaps feel that the chance to allow Zaha to move to Juventus on a temporary basis could well be in the player’s best interests in the long term, though one wonders just how likely the young wide-man would be to garner much in the way of action at the club given the array of talent at Conte’s disposal.