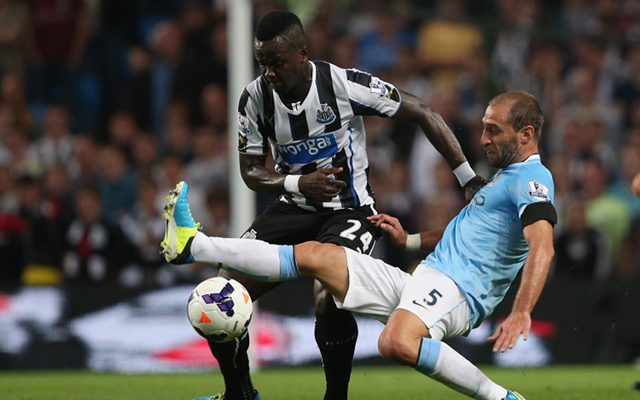 Man United are readying a January bid for Newcastle United midfielder Cheick Tiote according to the Metro.

Old Trafford boss David Moyes has been promised a large transfer war-chest to use in the January transfer window and has earmarked a move for the Ivory Coast international as he looks to bring in an out and out defensive midfielder, the type of player his squad could sorely do with capturing.

Moyes came close to landing the 27 year old Magpies man during his time at Everton and will be hopeful of luring the tough tackler to Man United when the transfer window re-opens.

Though Tiote is contracted to the St James’ Park side until 2017 the Newcastle United man has made no secret of his desire to play Champions League football, an ambition he may feel is unlikely to be fulfilled at his current club.

Though Moyes brought in Marouane Fellaini over the summer he could certainly do with further freshening up of his midfield and Tiote may be the right man to add some steel to the centre of his side.

Tiote had an excellent first couple of seasons at Newcastle United but has arguably gone off the boil over the past 18 months and owner Mike Ashley could perhaps be tempted to cash in on a player who is now worth markedly more than the £3.5m paid to FC Twente for his services back in August 2010.