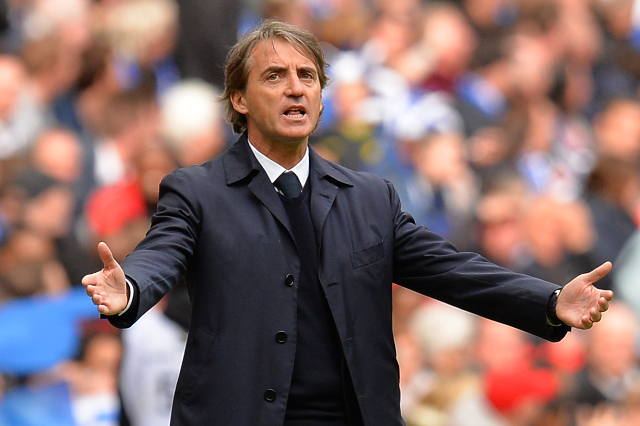 Manchester City manager Manuel Pellegrini is set to make the club a happier place again after lifting some of the bizarre rules imposed on his players by former boss Roberto Mancini, the Daily Star reports.

The Chilean took over at the Etihad Stadium this summer after moving from La Liga side Malaga, and plans to make some changes at the club after an incredibly strict regime under Mancini, who was sacked in May.

The Italian, now of Galatasaray, was rumoured to be unpopular with many of his players during his time at the club, and it has now emerged that he imposed some highly demanding and strange rules on his squad during his tenure.

Supposedly, Mancini had placed a ban on any music being played before or after matches, and even more bizarrely, would not allow his players to wear any purple, even at training, and insisted on club meetings taking place only odd-numbered hours of the day.

Pellegrini has earned a great deal of respect for his work in his time in Spanish football with the likes of Malaga, Villareal and Real Madrid, and he will likely make himself popular with his new players by relaxing things at the club.

A club insider is quoted as saying: “There’s a joke going around this place that United can start calling us the ‘noisy neighbours again if they like, because at least now the boys can play music.

“Mancini was unpopular even without his wacky rules. They were just the tip of the iceberg.

“He was unbelievably superstitious and completely lost his temper when a batch of the training bibs and jackets were purple.

“He said it was an unlucky colour and he didn’t want them anywhere near the place. He also said meetings scheduled to take place at an even-numbered time were unlucky, especially on the hour.

“We couldn’t believe what we were hearing – at first it sounded like a wind-up but then the horrible realisation kicked in.

“As for the music ban, Mancini said the players wouldn’t be able to concentrate if a song was in the background, even though our opponents had their stuff blaring out down the corridor.

“Once he had his way this place was like a morgue. We have returned to the real world at last.

“The new manager actually talks to the players and staff, which is something that didn’t happen for three years under the last guy.”