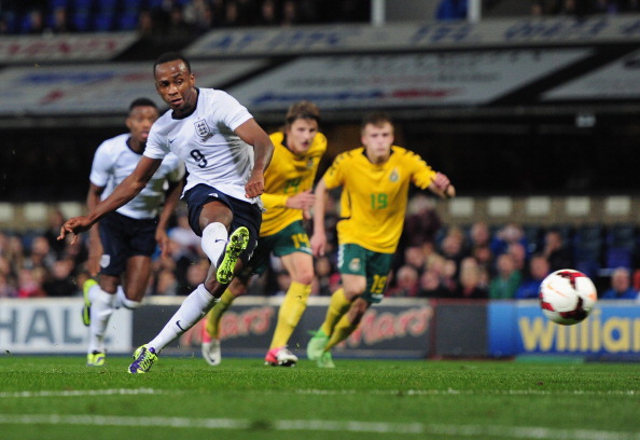 Man City will today have scouts in attendance monitoring West Brom youngster Saido Berahino as Manuel Pellegrini reportedly keeps tabs on the England Under 21 man according to The Sun.

The 20 year old Burundi born forward has made a big impact this season, scoring five goals in six matches for his club side whilst also impressing whilst on international duty. Berahino has also scored four goals in three England Under 21 internationals and is a player with a bright future.

One would however imagine a move to Man City could very easily hold up his development as one only has to look at the case of young Swedish striker John Guidetti’s attempts to forge a career at the Etihad Stadium to see how young talent tends to fester on the bench.

Guidetti, a full international, impressed during an explosive season out on loan at Feyenoord during which he scored 20 goals in 23 matches. He then returned to Man City to fight for a chance at the Premier League side but now finds himself behind Sergio Aguero, Edin Dzeko, Alvaro Negredo and Stevan Jovetic in Pellegrini’s pecking order. Indeed the Stockholm born youngster is still yet to play a single minute of Premier League football some five years after moving to the club.

Berahino may well be better off making the most of the top tier action handed to him by Baggies boss Steve Clarke.