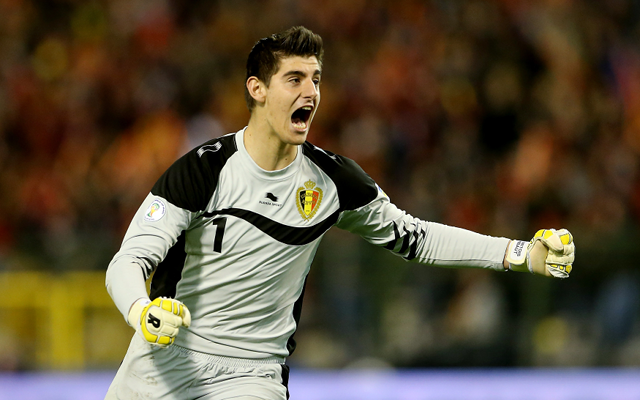 Decision belongs to Mourinho and no one else.

Chelsea manager Jose Mourinho has stated the it will be him, and him only, that will make any calls on the future of young goalkeeper Thibaut Courtois, Sky Sports reports.

The Blues snapped the young stopper up from Belgian side Genk in 2011 after scouts were impressed by his high level of potential early on, but he has yet to make a first team appearance for the west London outfit.

The continued authority of Petr Cech has seen him playing time severely limited and he is currently enjoying his third consecutive spell with Spanish giants Atletico Madrid, where he currently sits in second place in the La Liga table.

Talk of a move away for the Belgian international has stepped up a gear recently, with both Atletico and Barcelona claiming that they would more than happily take him off of Chelsea’s hands, but Mourinho has been quick to reiterate his stance over the player’s future by insisting that the club still has big plans for him and won’t be letting him leave on a permanent basis.

“Our goal is safe and financially we are also very safe – the value in the market is the value of the best.

“In this moment I don’t think about it. It doesn’t worry me because our situation is fantastic and everything is under our control.