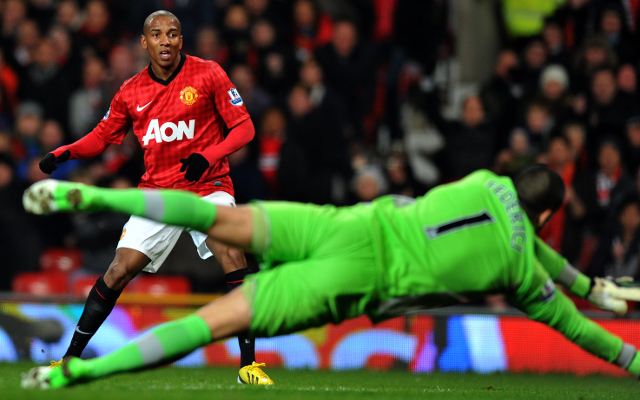 Under-performing winger could be set for Old Trafford exit.

Manchester United may be willing to listen to offers for out-of-form winger Ashley Young this January, according to Goal.com.

The 28-year-old has been a big disappointment since joining the Red Devils from Aston Villa in 2011, and has received some criticism from manager David Moyes this season about his diving.

This had led to speculation that the England international could be sent out on loan for the second half of the season, with the likes of Newcastle and West Ham linked as possible suitors, though it has now emerged that United are open to permanent offers for the misfiring attacker.

United initially paid £17m for Young after he had been one of the most impressive players at Aston Villa, though they will likely accept a cut-price deal to offload him this season.

Young is universally unpopular with the club’s fans, and it is now thought that the coaching staff at the club are losing patience with him as well, and don’t deem him good enough to be a regular player for United in the long run.

The likes of Shinji Kagawa and Wilfried Zaha are also being linked with moves away from Old Trafford this January as Moyes could shake-up his squad after a difficult start to the season.