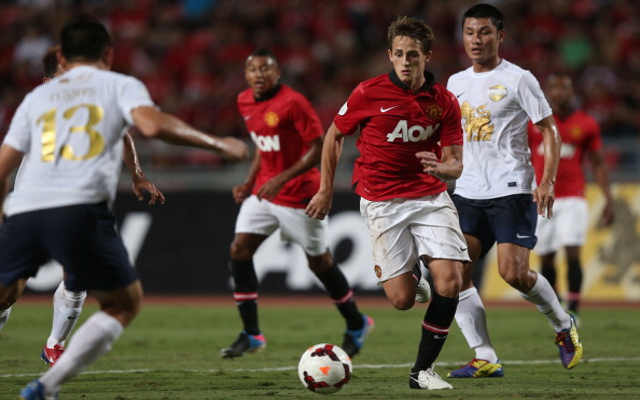 Winger’s fondness for former Albania national team captain Cana means he wants to turn out for them.

Manchester United attacking starlet Adnan Januzaj will not represent England at international level as has recently been claimed, according to one of the midfield player’s childhood friends in the Mail on Sunday.

The Belgium-born wide man has still to reveal just which nation he wants to turn out for, with Januzaj able to choose from as many as four different countries when he does finally make his pick, including Belgium, England, Albania and Serbia.

However, many believe that if Kosovo, where his influential father Abedin was born, was currently recognised as a country by European football’s governing body Uefa, then Januzaj would choose to represent the tiny Balkan nation.

But while they continue not be an option for the highly rated winger, one of Januzaj’s closest friends from their time growing up in Belgium believes that if given the chance, the player would select Albania to turn out for due to his love of former Sunderland midfield player Lorik Cana, and not Roy Hodgson’s England as has been suggested in the media last week.

“No, I don’t think he would play for them,” said Jonathan Kindermans when told that Januzaj might play for England at international football.

“We used to talk about the national teams. He was always talking about Cana. I would say, ‘but we have Kompany and Fellaini’ and he would say, ‘yes, but Belgium are bad’ because we weren’t doing well at the time,” Kindermans added about the first Albanian to play in the Premier League.

“The Albanian fans knew him from when he was 15 and now after he scores two goals the Belgium fans are suddenly taking notice. He could make history with Albania, lead them to a tournament, and they would talk about him in 50 years, or with Belgium, he would pick them if he wants to be at big tournaments but he’s one of many great players in Belgium.”