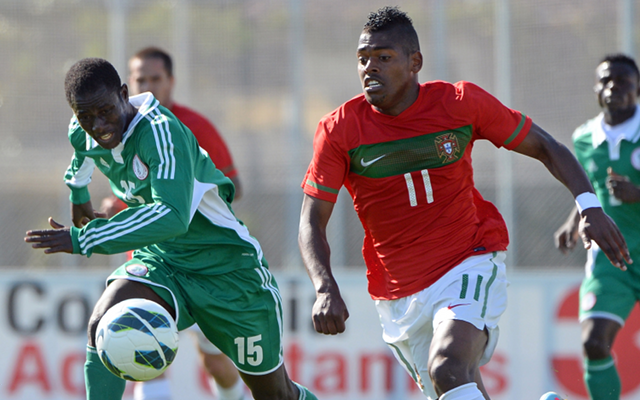 Manchester United look to be facing competition from Italy for the signing of highly-rated Benfica starlet Ivan Cavaleiro, according to talkSPORT.

The Red Devils have been keen to snap up this exciting young talent, with the 20-year-old widely tipped to be a star of the future, though it has now emerged that an unnamed Italian club have made a £2m offer for his services.

This bid would not be enough for Benfica to consider selling Cavaleiro, but it may see United step up their interest in bidding for the Portugal Under-21 forward in the January transfer window.

United manager David Moyes missed out on a number of his top targets during the summer, including another Benfica player Ezequiel Garay, and won’t want to lose out again on this highly promising attacker.

The player himself is keen to establish himself at his boyhood club, though a big move to United may be hard to turn down if the offer comes along.

Benfica will be keen not to lose too many of their key players this January, with midfielder Nemanja Matic emerging as a top target for Chelsea, while Nicolas Gaitan has also been linked with a move to the Premier League with Tottenham.