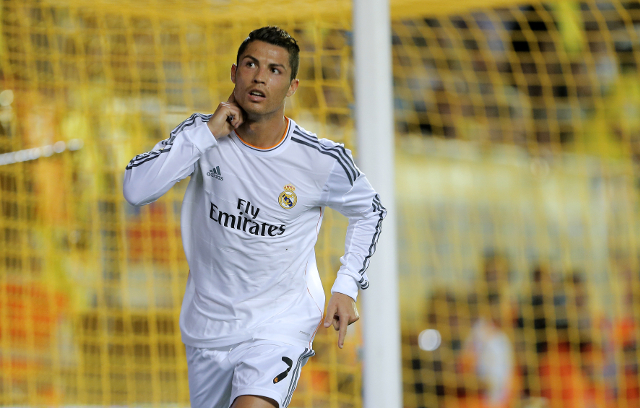 Check in to AS Saint Etienne vs PSG

Real Madrid star Cristiano Ronaldo is reportedly preparing for a move to PSG next summer by taking French lessons according to The Sun.

The Ligue 1 big spenders are to make a mammoth world record bid of £100m to land the Portuguese international despite the fact that the 28 year old only signed a new five year contract last month, worth an estimated £288k a week.

The Spanish giants forked out a massive fee to bring in Welsh international Gareth Bale over the summer but would certainly fight tooth and nail to keep hold of Ronaldo, who has proven a massive success since moving to Real Madrid back in July 2009.

Ronaldo has scored a phenomenal 214 goals in 210 appearances for Real Madrid but in the course of the four and a bit years at the club he has secured just one La Liga title and may be considering a fresh challenge.

PSG are well known for pulling off big name captures having brought in the likes of Zlatan Ibrahimovic, Thiago Silva and Edinson Cavani in recent seasons however a move to bring in Cristiano Ronaldo would be a major coup that would catapult the Parc des Princes side to a new level of prominence.