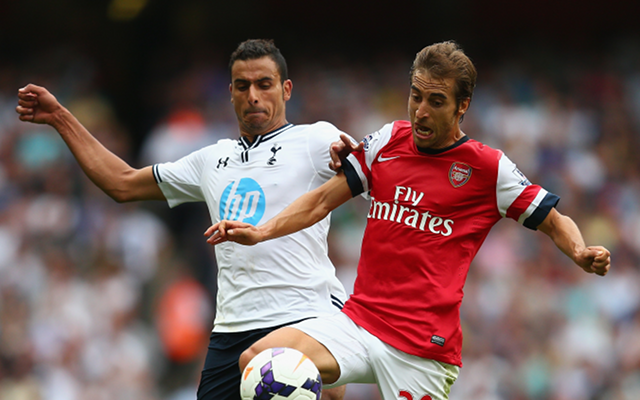 Frenchman suffered concussion against the Canaries on the weekend.

Arsenal have suffered a huge blow after it was confirmed that key holding midfield player Mathieu Flamini would miss the north London club’s crucial Uefa Champions League clash with Bundesliga giants Borussia Dortmund at the Emirates on Tuesday night, according to reports in the Daily Mail.

The influential former France international suffered concussion during Saturday’s 4-1 home win over Norwich City in the Premier League and owing to what is known as the five-day rule, Flamini must not sit out the Gunners’ group-stage fixture against last season’s beaten finalists.

And the 29-year-old’s absence from Arsene Wenger’s starting lineup against Dortmund will come as a big loss to the Frenchman after the eye-catching comeback that Flamini had made since re-joining the club earlier this summer.

The defensive midfield player re-signed for Arsenal from Serie A giants AC Milan in August on a two-year deal, five years after first leaving the capital on a free transfer for San Siro.

However, despite a number of serious misgivings about Flamini’s return to north London, including from both the man who signed him, as well as the club’s fans, the player has been outstanding in his eight matches so far for Arsenal.